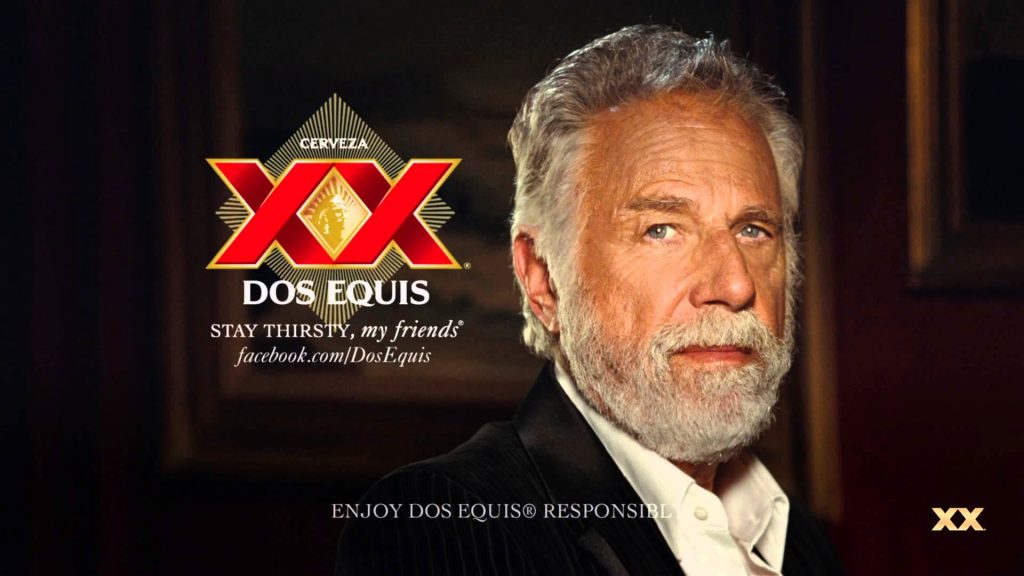 Caroline Krediet was the account planner working on Dos Equis leading up to the famous and incredibly successful Most Interesting Man in the World campaign. Caroline is a strategist with few peers, with an uncanny ability to meld tried and true strategic processes with intuition, delivering insights that can reshape brands and consumer opinions.

We had a great chat with Caroline about how the strategy of the amazing Dos Equis campaign came together.

Let’s start at the beginning – what was the brief?

Much of the time, a strategist’s role is to create a brief by distilling down a great deal of information about the business and competitive context desired consumer segment, and the brand.

For the Dos Equis assignment, we had a working brief and positioning. Heineken was the US distributor of Mexican brewer CCM’s portfolio of beers. The biggest among them was Tecate, for which CCM had high hopes to take on Corona. Dos Equis was a smaller brand, that they thought could position itself as a premium Mexican import – kind of the Mexican Heineken.

The clients – jointly Heineken USA (HUSA) and CCM had narrowed down on a positioning territory and brief – make Dos Equis the “interesting” beer versus more conventional choices. With the brief pre-determined, our job was to infuse it with audience insights and collect fodder for creatives.

Okay, so what was going on in the category?

Unsurprisingly, their target audience was young men, 21-29, who had a broad repertoire of beers, domestic and import. The dominant players were Bud Lite and Corona, one pushing a frat-boy sitcom approach to advertising, mainly located in a bar. Corona was hammering the “find your beach” campaign, successfully selling a vacation vibe.

This was in 2007 before the craft beer revolution really took off. The only beer that really spoke about ingredients and brew craft was Sam Adams. Otherwise, beer marketing was a storytelling game. Our story was to be “interesting”. The first challenge we saw with this was that you just can’t say “I’m interesting”, just like you can’t say “I’m cool”. We had to be interesting.

How did you go about uncovering the killer insight?

The first step in the planner’s journey – research. Not a hardship, we went out drinking with young men, watched their bar behaviors, their drinks calls, listened to their conversation. What made them interesting? What did they find interesting? We were excited to reveal deep insights.

After a few weeks, and a few gallons of beer, we were beginning to suspect that actually, they weren’t all that interesting after all.

Then, our suspicions were confirmed in a way that unlocked the campaign for us. One evening, listening to a group of beer drinkers – these ones known to me personally – I heard one of them – we will call him Dave tell a wild story about something, that I knew for a fact didn’t in fact happen to him, but rather to a distant acquaintance. I pointed out to Dave that he was totally lying, that this wasn’t his story at all. I thought the rest of the table would give him grief for this. But astonishingly, they did no such thing. They explained that it was totally normal, acceptable to co-opt someone else’s story as your own.

This episode was a eureka moment – these guys weren’t interesting – but they were afraid of being boring! This was the insight that pushed the brief into new territory. Armed with this new insight about the audience and their fear of being ordinary, we briefed the creative teams.

What did you tell the creative teams?

Here’s what we shared:

Our consumer is a guy’s guy. He drinks, parties, and occasionally gets lucky. Pretty standard stuff. But peer closer and we can observe some interesting behavior. Looking at the things he eats, the places he goes, typical activities, and the amount of bad TV, we see a distinct lack of variety in his social diet.

This is the soft beer underbelly of our consumer. Research has uncovered his innermost fear: he fears he is boring. He may take on airs like a player, but secretly worries he’s Mr. Vanilla. When on Match.com or writing a resume, he often embroiders and takes on a few daredevil hobbies that he may have contemplated. He wants to appear a seasoned man of colorful experience worth talking about. It’s not that he never goes on a trip or breaks out of his conventional existence. He does, and when he does, it gives him a feeling of exhilaration, not least because he’ll be able to get home and recount his adventures to his friends.

Were the creatives inspired?

The teams, composed of mainly young guys who fit the target description to a T, were offended. The resulting campaign – the Most Interesting Man in the World – was a middle finger of sorts to the entire brief: ‘you want interesting – fine here’s INTERESTING’.

The most interesting man in the world was born. The rest is happy history.

What were the big lessons that you learned after gallons of beer and an iconic campaign?

Caroline Krediet, with over 60,000 career hours in London and New York, has helped position big brands like Coca-Cola, Carnival, Virgin Atlantic, Marriott, Intel, and Macy’s, as well as helped rising stars like Dos Equis, Casper, and Zillow to grow and thrive. An award-winning brand planner and WPP Fellow, Caroline was an original partner at FIG NYC, before starting her independent brand strategy shop, Imp.

Steve Boehler, founder, and partner at Mercer Island Group has led consulting teams on behalf of clients as diverse as Nokia, HP, Microsoft, Sprint, Nintendo, Abbott Laboratories, and numerous others. He founded MIG after serving as a division president in a Fortune 100 when he was only 32. Earlier in his career, Steve Boehler cut his teeth with a decade in Brand Management at Procter & Gamble, leading brands like Tide, Pringles, and Jif.