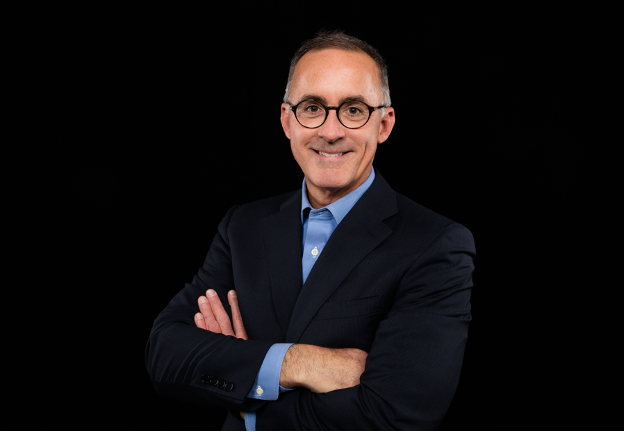 Yesterday we shared the text of the famous P&G “if I were a brand manager today” speech. The speech was delivered many times in the 1980s by Procter & Gamble’s Tom Laco and is one of the most famous marketing speeches in history.

Jim Stengel and I worked together at Procter & Gamble and we both experienced Tom’s speech. Jim certainly needs little introduction. Jim started his career at P&G in the early 1980s and eventually served as Global Marketing Officer as part of a distinguished 25-year career. Jim is CEO of The Jim Stengel Company, hosts The CMO Podcast, is a best-selling author, and an all-around good guy.

Jim and I caught up recently and reminisced on the speech and its impact on us as marketers. If you haven’t read the speech, you can download it here.

Steve: Jim, it’s been a long time since we saw Tom Laco deliver that speech. I still remember how he simplified things for me as a young brand manager: build the business and build the people.

What are your memories?

I remember a lot of it. That talk had a lasting impact on P&G.

In many ways, it was decades ahead of its time. Especially in the organization section. And his philosophy of understanding your brand’s role in people’s lives, being in touch personally, creating advertising that is not abrasive and obnoxious, failure is expected and OK, all highly relevant today.

Steve: I think one of the most profound aspects of his speech is the overall way he took incredibly complicated subjects like how to work with agencies, how to evaluate creative, and how to prioritize a brand team’s efforts and provided clear, simple, and straightforward yet brilliant advice.

Jim: There was so much that was so compelling. Three things that really seemed profound in their impact were:

–The expectation at P&G that you had the leadership responsibility to invent the next innovation in marketing that would shape the industry. That is P&G at its best and when they veer from that they get lost.

–Going against the grain. Be counterintuitive. But based on insight or strategy.

–Testing to grow 10% plus. And no more than three tests each year for a brand. Brilliant.

But perhaps the most interesting part of this talk is the clarity in which he spells out–with no ambiguity–how your time should be spent and how your priorities should be set. As you know that is a disease in marketing today – most companies don’t have clarity on the function, the roles, the work, the career path, etc. And what Tom was really saying in “50% of your time on advertising” is the importance of positioning your brand distinctively, with meaning and relevance, in the market in which you are competing. No other function did that within P&G so it was UNIQUE and highly important work. I remember Ed Artzt once saying, “Even if a brand has zero budget, it should create advertising because it clarifies everything for everyone in the business.”

Steve: I also found the principles of how to focus a brand manager’s time so compelling! I’d paraphrase his list as:

Those have guided much of my career.

And Tom’s stories really brought that positioning and differentiation point to life. I loved how he simply declared “we are in the salesmanship business, not in the communication business.” And the John Wanamaker story about “magic selling sentences” was a great way to talk about the importance of differentiation and salesmanship. He also talked about how the great direct mail writers of old worked the science of finding the right language to move and motivate their audiences. I can remember going out and buying John Caples’ classic book Tested Advertising Methods after hearing Tom’s speech, studying it, and trying to figure out how to apply that great direct mail learning to CPG advertising.

Of course, his CPG examples brilliantly highlighted the magic possible – without any product advantage – of superior positioning:

The admiration he has for the Sunlight positioning was clear. I still tell that Sunlight story in the strategic insight workshops we often lead. Real lemon juice gives the new Sunlight extra cleaning power. Brilliant!

And the work created by P&G and their agencies – like Joy’s See yourself shine – was so insightful it could last for decades and the copy and visuals almost wrote themselves.

Jim: Beyond all that, there was incredible role modeling from a revered senior leader:

–Teacher and coach; not command and control

–Pride in the people and the institution

Steve: Yes – there is something for everybody on that speech.

His declaration about how brand managers should work with their agencies was perfect:

“Creative people should enjoy working on Procter & Gamble business and it’s your job to see that they do.”

If you approach agency relationships with that mindset, you’re on your way to success! Good clients get good work. It’s as simple as that.

I also think today’s performance marketers can learn a thing or two from Tom’s speech. His notion that “if product, copy and pricing are right, everything works – all promotion works” is so spot on. It’s not in the text, but I recall him elaborating on that point – saying “if the product, copy, and pricing aren’t right, no promotion really works”. This thinking matches Les Binet’s much more recent work that highlights how brand building work is the multiplier on top of shorter-term performance marketing.

I also love the focus on getting out and experiencing your target audiences first-hand. His story about how brand managers used to walk around neighborhoods, listening for the soap operas playing through open windows, and engaging with their consumers. Such a compelling historical example! I remember how that thinking led us on Tide to numerous in-home visits to observe homemakers’ daily activities including laundry. We also asked homemakers to bring examples of their toughest laundry problems to focus groups – and most brought along their kids’ white socks. We saw first-hand the complexity of the bleach decision and heard all about the challenge of keeping kids’ clothes clean, and those experiences helped guide how to position Tide with Bleach – as brought to life in this brilliant work by Saatchi & Saatchi:

Jim – with all of that praise, do you think he got anything wrong?

Jim: Other than updating the specific, dated contextual stuff (i.e. copy, media, selling channels) — I would not change much. The principles still hold.

If I would fault anything, it was the lack of leadership addressing some of the systemic issues within P&G preventing many of the positive behaviors Tom talks about. Tough to fail when one poor performance review pretty much sealed your fate in an “up or out” system; tough to attract counter-intuitive creatives when the P&G copy strategy was often highly constraining and directive; encouragement to make intuitive decisions when the system demanded data and rationale, some time to an extreme with the Market Research Department serving as “police”, a role they never wanted; you get the idea. Over time P&G has made progress on much of that, but slowly.

Steve: Yes, the organizational courage that came across in the speech wasn’t as strong as the business courage he pushed.

In general, though, I’d only pick at small things. His statement that “You’re not going to learn anything about the business from the stock boy because he doesn’t know anything” is a good example. I think this is off because marketing management, at its best, considers the entire product experience across the entire value chain. Make your product easier to replenish, and it will not be out of stock as often!

That is a small complaint however in the context of what remains a blueprint for better marketing leadership. A hearty thank you to Tom Laco and the P&G system that produced such terrific thinking. It’s not surprising that P&G decided to replace Tom, upon retirement, with two fine executives!

Please let us know your reactions after reading Tom’s speech and our reminiscing so many years later.

Jim Stengel is the former Global Marketing Officer of $71B Procter & Gamble, where he oversaw an $8B advertising budget and had organizational responsibility for nearly 7,000 people. Highly regarded, his leadership was recognized in 2008 when P&G was honored as the 2008 Cannes International Advertising Festival Advertiser of the Year for the first time in company history. Jim is best known for reinvigorating P&G’s marketing culture. In his seven years as Global Marketing Officer, he personally led the transformation that firmly established P&G as one of the most admired brand-building companies in the world. P&G sales doubled during Jim’s tenure. Before his promotion to P&G’s top advertising and marketing position in 2001, Jim had P&L responsibility for the company’s European baby care business. Previously, Jim held positions of increasing responsibility in P&G’s developing markets, Cosmetic, and Food businesses.

Jim is widely known for leading innovation and for his commitment to building purpose-inspired leadership capabilities. As a result, he was recognized in 2003, 2004, 2006, and 2007 by Advertising Age as the number one “Power Player” in marketing. In 2005, he was recognized as Grand Marketer of the Year by Brandweek magazine, the same year P&G was named Marketer of the Year by Advertising Age magazine. Jim was named to the first-ever Fortune Executive Dream Team in 2011 and was a 2017 American Marketing Association Hall of Fame inductee.

Today, Jim is President/CEO of The Jim Stengel Company; host of The CMO Podcast, author of Grow: How Ideals Power Growth and Profit at the World’s Greatest Companies and Unleashing the Innovators: How Mature Companies Find New Life with Startups; Adjunct Professor at Kellogg | Northwestern; speaker with the Washington Speakers Bureau®, and advisor to several companies.