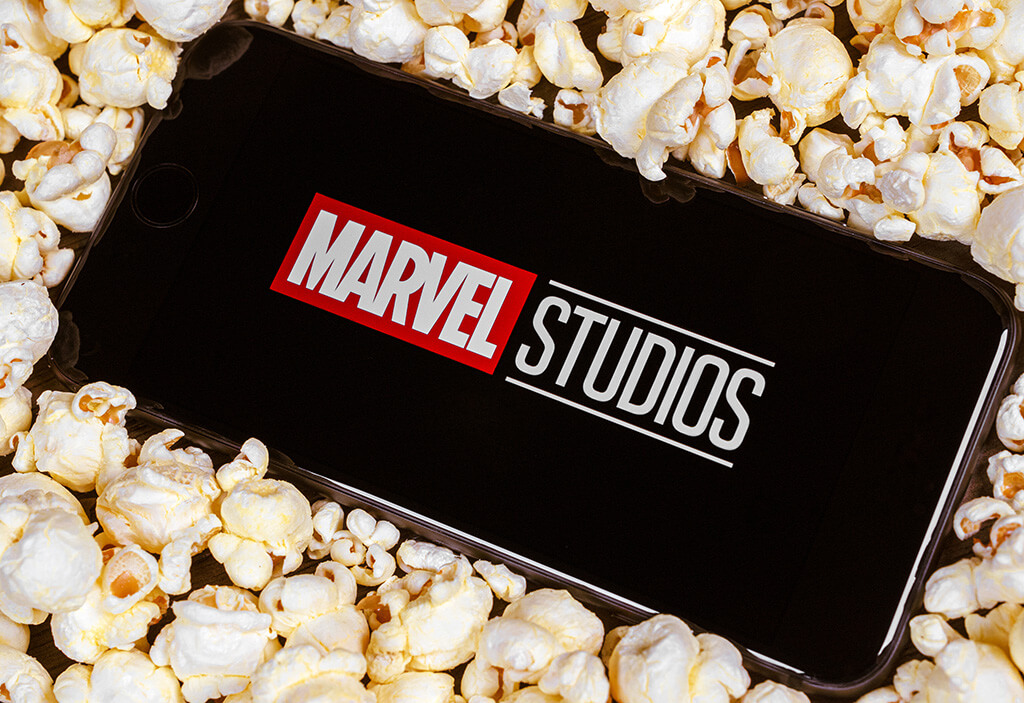 Hollywood entertainment is a fascinating world. Huge mega hits often arrive side by side with financially disastrous movies. It’s a high stakes environment.

What’s the key to success?

One area where many Hollywood directors demonstrate a sure understanding of customer centricity is how they view movies from Marvel.

Let’s look at what a number of famous directors have said about Marvel films.

Martin Scorcese, in an interview with Empire Magazine said: “I don’t see them. I tried, you know? But that’s not cinema.”

Francis Ford Coppola told France 24: “Martin was kind when he said it’s not cinema. He didn’t say it’s despicable, which I just say it is.”

British director Ken Loach told Sky News: “They’re made as commodities like hamburgers… they’re a cynical exercise… they’re a market exercise and it has nothing to do with the art of cinema. William Blake said ‘when money is discussed—art is impossible.'”

David Cronenberg (The Fly, A History Of Violence, Crash) told NextMovie “A superhero movie, by definition, you know, it’s a comic book. It’s for kids. It’s adolescent in its core.”

Alejandro G. Iñárritu, the Academy Award-winning Birdman director told Deadline: “I think there’s nothing wrong with being fixated on superheroes when you are 7 years old, but I think there’s a disease in not growing up.”

These folks are of course entitled to their opinions. They each have created some sensational movies.

Their opinions in this case also highlight a huge gaping hole in how they see the world: they simply are not customer centric. And they aren’t alone; there are a lot of talented and successful directors that don’t seem to understand customer centricity. They are deciding what consumers should like instead of finding out what consumers do like!

Of course, criticism of Marvel movies is nothing new. It does reach epic proportions when a director like Roland Emmerich joins the conversation: “It’s ruining our industry a little bit, because nobody does anything original anymore.”

Let’s take a moment to unpack all of this and to see if these directors are customer centric or not. A good starting point is to look at the reactions of consumers and critics to Marvel films and to Roland Emmerich films. These are critical audiences because, to Hollywood, they are the customer: critics’ and audience ratings often determine the success or failure of a movie.

Let’s start by looking at director Roland Emmerich’s track record. Neither critics or audiences favored many of these films: 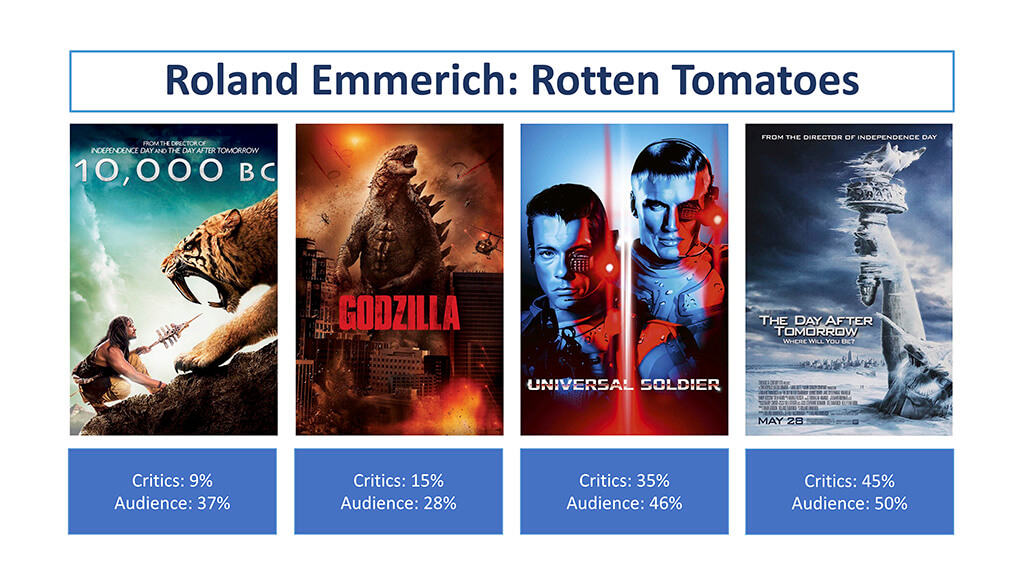 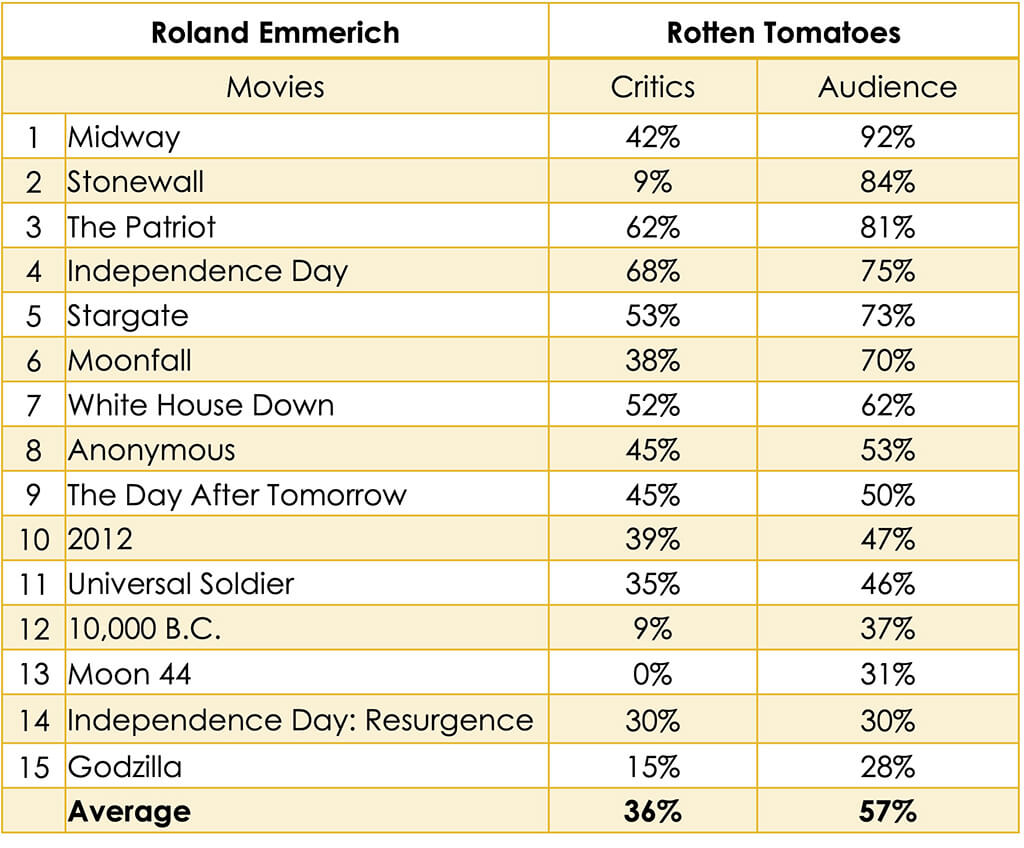 So – are Marvel movies customer centric? Do audiences and critics like them? The highest rated Marvel films clearly suggest that the company can be well aligned with their customers: 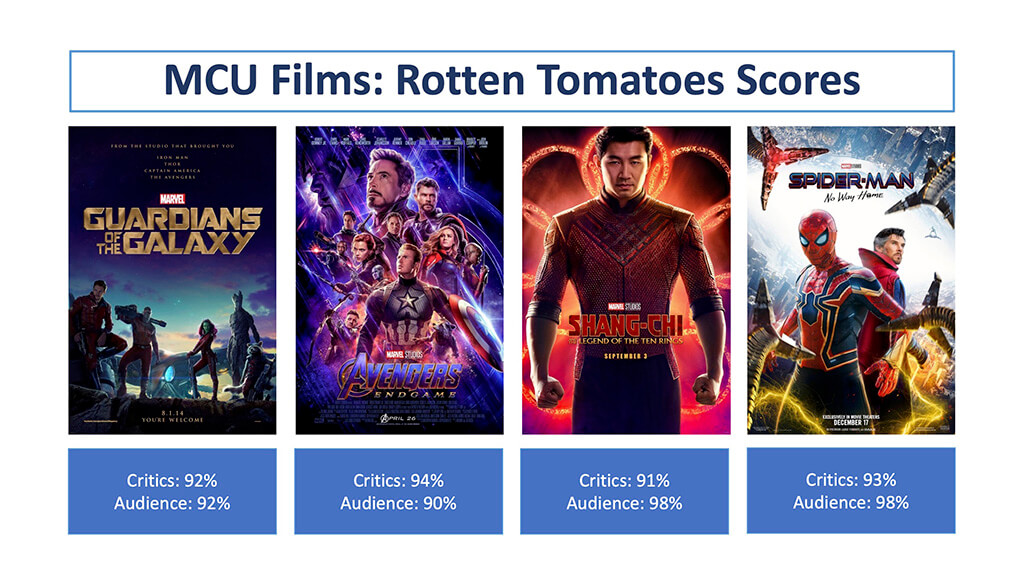 That is just a sampling. What if we looked at the entire MCU catalog? Over an amazing 29 films, the average Critics score is 83%. The average Audience score is 84%. 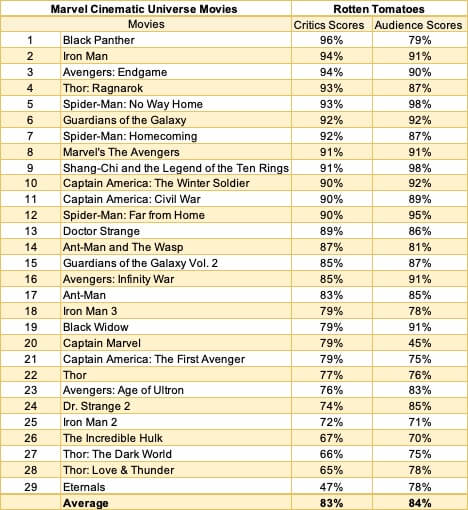 What can we learn from this?

Steve Boehler, founder, and partner at Mercer Island Group has led consulting teams on behalf of clients as diverse as Zillow Group, Microsoft, UScellular, Nintendo, Ulta Beauty, Stop & Shop, Qualcomm, Brooks Running, and numerous others. He founded MIG after serving as a division president in a Fortune 100 when he was only 32. Earlier in his career, Steve cut his teeth with a decade in Brand Management at Procter & Gamble, leading brands like Tide, Pringles, and Jif.