Another One Bites the Dust: Modern Agencies Fail to Differentiate

Another One Bites the Dust: Modern Agencies Fail to Differentiate 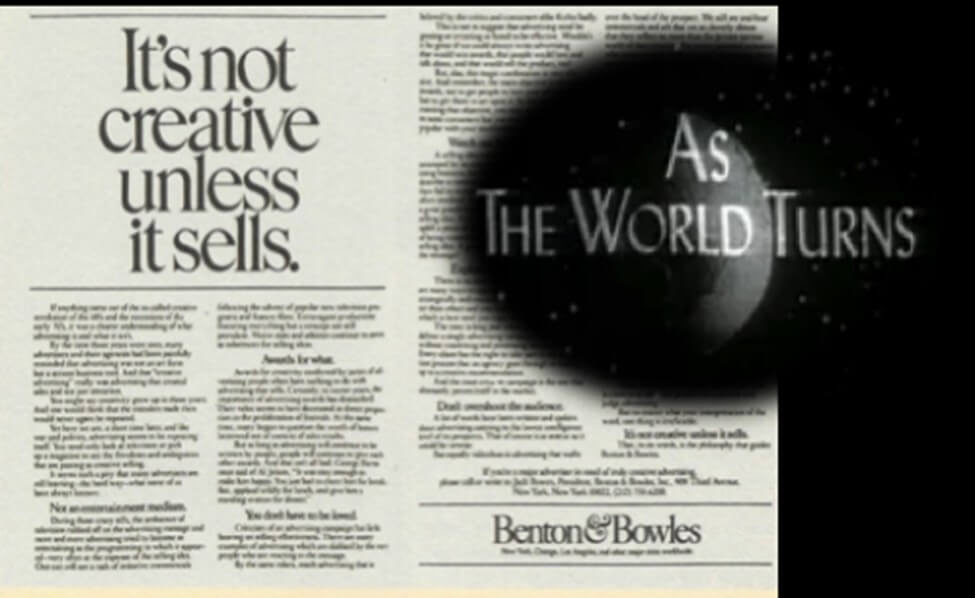 WPP announced a few days ago that venerable agency Grey would be folded underneath AKQA. Another one bites the dust.

Grey – founded in 1917 – isn’t the first historic brand to be purchased by a holding company and eventually retired. Just a sampling of agencies that have disappeared or been merged into other brands include Ally & Gargano, KBP, Needham Harper Worldwide, D’Arcy Masius, Compton, Wells Rich Greene and many others.

These once great brands lost their differentiation – and eventually their identities.

Lessons from the Great Agencies of Old

Most agencies today face the challenge of how to effectively position their firm and how to present their agency in a compelling, client-centric and distinctive manner. It was not always like this! There is much to learn by studying the great agency brands of the past. Many iconic agencies of the past were distinctly singular. We knew what Young & Rubicam was and how that was different from J. Walter Thompson. It was obvious how McCann was different from Grey. This differentiation helped drive growth.

How did they do it?

Before JWT merged with Wunderman to become Wunderman Thompson, they had been one of the world’s most innovative agencies for over a century. They were known as innovators because they innovated. The list of innovations was incredible:

That was quite a stretch of innovations over close to a century.

By 1936 Benton & Bowles was producing three of the top four radio soap operas. They continued to evolve and build upon this differentiation by working with Procter & Gamble to launch As the World Turns on television in 1956. The soap opera audiences were homemakers who were sneaking in their “stories” as escape from the drudgery of laundry, cleaning the bathroom, and preparing dinner. They were always on the lookout for quick meal ideas, cleaning solutions, and beauty supplies. If your business wanted to reach these soap-opera audiences, Benton & Bowles was the solution. Crest toothpaste’s “look ma, no cavities” emerged from this fine agency’s understanding of this target audience.

Leo Burnett had a different point of view. Leo believed that the essence of great advertising was in capturing the inherent drama of the product being advertised.

He used archetypes—often as expressed by characters he created—to humanize the product’s inherent drama in a unique and memorable fashion. You knew what you were getting when you hired Leo Burnett!

David Ogilvy was the scientist marketer. He started his career as a pollster, working for Gallup. When World War II broke out, he served in British intelligence, using his analytical skills to support the Allies’ war effort. Following the war, he started his own advertising agency with a straightforward premise: that the function of advertising was to sell. His agency brought science and data-driven thinking to that belief. He also thought the best approach to new business was to do well by your current clients—that great work was your best calling card. The timeless classic Ogilvy on Advertising brings this compelling philosophy to life and provided additional topspin to the agency’s differentiation and success.

Bill Bernbach of Doyle Dane Bernbach was essentially the anti-Ogilvy. He believed that persuasion was not about science, but rather about art. He believed in simple, dramatic advertising. VW advertising created by his agency like “Lemon” and “Think Small” were great examples of this philosophy.

The Challenge of Differentiation

Today, advertisers are hard pressed to tell most agencies apart.

A small group of agencies has certainly been branded by the quality of their creative work. Anyone even remotely aware of the marketing industry knows the work and reputation of  Wieden+Kennedy, Goodby Silverstein & Partners (GS&P), Droga5 and BBDO.

Often referred to as “the Nike agency,” Wieden+Kennedy is repeatedly called the best creative agency in the world, proven by their recognition as Ad Age 2020 A-List Agency Of The Year for an unprecedented third year in a row. Not only that, but in 2019, their creative leader, Colleen DeCourcy, was named AdWeek Creative Leader of the Decade.

GS&P created a marketing juggernaut with the seemingly simple Got Milk? campaign. Of course, that is not all – the list of achievements driven by Jeff Goodby and Rich Silverstein’s agency is extensive and has landed them in the Advertising Hall of Fame.

And BBDO was named “Most Strategic Network in the World” five years in a row. This recognition was simply the latest in a long history of creating strategically sound, incredibly creative work. Years ago they capitalized on a unique insight for Schaefer Beer – that 20% of beer drinkers drank 80% of the beer. The resulting tagline “the one beer to have when you’re having more than one” spoke directly to the brand’s target audience. They brought Visa’s broad acceptance and distribution advantages to life with “it’s anywhere you want to be”. They highlighted Wisk detergent’s superiority against powder detergents with “Wisk around the collar beats ring around the collar”. And they highlighted Burger King’s customer centricity versus McDonalds with “have it your way”.

Most agencies never reach that level of acclaim and cannot count on the uniqueness of their work to help them stand out. This lack of differentiation represents an enormous opportunity for most agencies. Many aspire to the same level of acclaim as an agency like Wieden+Kennedy but you can’t stand out by trying to ALSO be the best creative agency in the world. That is singular positioning. One agency can own it. That position is taken.

Here’s what you can do.

The key starting point is to define what your agency genuinely does well, ideally in a differentiating manner, that is important to your target audience. This is a core starting point to defining a compelling agency positioning—what we call a “UASP” (unique agency selling proposition)—that defines the agency to the outside world. McCann did it. FIG and Tombras did it. And your agency can also do it. In 1912, McCann defined themselves with a classic example of a powerful agency philosophy:

This positioning hasn’t changed in more than 100 years, and why should it? It’s fantastic. It starts with “Truth,” so we know what they do is based on facts and insights. Businesses can understand the importance of truth for their advertising and their business results. “Well Told” is the creative part. It’s the storytelling. It’s the beauty. So, it’s both science (the truth) and art (well told). That’s why they’ve never had to change it: it was perfect from the start.

These agencies are not alone. TBWA\Chiat\Day (“The disruption company.”), BBDO (“The Work. The Work. The Work.”) and others have found that a compelling agency philosophy inspires their clients and motivates their people.

Any agency can do this. Any agency can creatively put these elements together and proclaim to the world what it stands for. Finding your unique differentiation – just as agencies like Benton & Bowles and Leo Burnett did long ago—can lead to long-term excellence.

When done effectively, there’s little question who these agencies are best suited for and how they approach their work. It’s clearly defined for any potential client, as well as any potential employee. You know exactly what you’re getting before you even say hello.

You can’t confidently sell yourself without first clarifying who you are and what you are selling. DO that work so you can GET more work.

Steve Boehler, founder and partner at Mercer Island Group, has led consulting teams on behalf of clients as diverse as Nokia, HP, Microsoft, Sprint, Nintendo, Abbott Laboratories and numerous others. He founded MIG after serving as a division president in a Fortune 100 when he was only 32. Earlier in his career, Steve Boehler cut his teeth with a decade in Brand Management at Procter & Gamble, leading brands like Tide, Pringles and Jif.