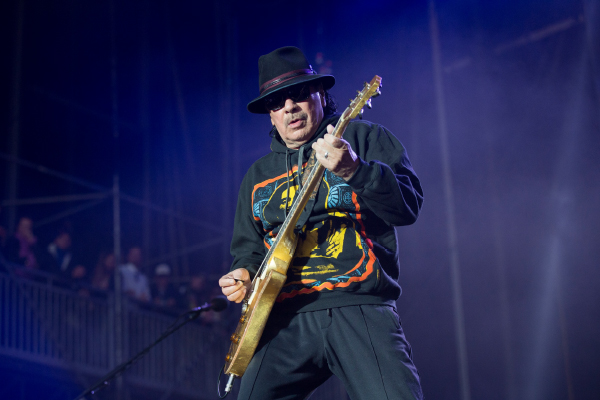 Carlos Santana’s success is well known and well documented. Santana rose to fame in the late 1960s, was inducted into the Rock and Roll Hall of Fame in 1998 and is still active today, over fifty years after his journey began. 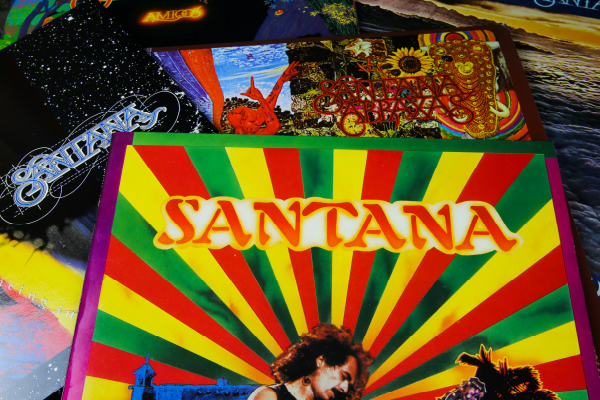 Just a sampling of the awards he has received includes multiple Grammy Awards, a Billboard Century Award, a star on the Hollywood Walk of Fame, and in 2013 became a Kennedy Center Honoree.

Marketers can learn a great deal about life and success by studying the career of Carlos Santana.

Carlos was playing the violin at the age of five and guitar by the time he was eight. As a teenager in the Bay area he worked as a dishwasher and bussed tables to earn money for a new guitar. The new guitar was a critical tool on his path to becoming a professional musician. By the time he was 19 in 1966, he had formed the earliest version of the band that would become Santana.

The lesson here is obvious for marketers: there is both virtue and purpose in hard work. The hard work you do today can help you achieve what you want to achieve tomorrow.

Santana’s excellence came from being a life-long student of his craft.

When he was only eight years old he was already listening to blues guitar greats like B.B. King, John Lee Hooker, Peter Green and Mike Bloomfield. As he hit his teens Santana was alert to a wide range of music and influences. He’d listen to everything from Sly and the Family Stone and Jimi Hendrix to the Stones, Beatles, and even Miles Davis and John Coltrane. From this range of influences and his own ingenuity, Santana arrived at his own unique sound, a blend of Latin-infused rock, jazz, blues, salsa and African sounds that was unique and compelling.

Throughout his career, Mr. Santana has continued to evolve. One approach he has used has been to ensure he has the right tools to support his musical vision. Over the years he has assembled and improved upon his sound with a complex arrangement of multiple amplifiers that have different tonal qualities.

Throughout this life-long learning and commitment to his craft, Carlos Santana did not define the perfect music sound or philosophy; rather, he defined the perfect philosophy for Carlos Santana. Marketers can learn from this. The magic is not in just the principles of great marketing or the latest trends in what generally works; the magic is in knowing what to apply, and how to apply it, to your business.

Santana shot to fame at Woodstock in 1969. The famed concert ran from August 15 through August 18. The 11 minute long “Soul Sacrifice” and future hits like “Evil Ways” helped launch the band to stardom. Notably – and amazingly – this all happened before the band’s first album was even released! The “Santana” album was not released until August 30, 1969. Santana captured the moment and left Woodstock as a rock star and still had to wait two weeks so that fans could buy the band’s first album.

As strategic marketers we often do the hard work of deriving insights from our client’s brand, the competition and the target audience. Yet it is also sound practice to add an element of time to the mix: just what is happening around our client’s business and in the world they compete in that matters?

It’s about talent. And sharing the stage.

Santana’s drummer on the famed “Soul Sacrifice” drum solo at Woodstock was Michael Shrieve. He had just turned 20 and was the second youngest performer at Woodstock. And the drum solo was electrifying.

Carlos Santana at Woodstock with Michael Shrieve on drums

None of that mattered to Carlos Santana. Mike Shrieve was a drumming prodigy and Santana knew that Shrieve’s brilliance would add to, not detract from, the Santana sound. He was unfazed by a 20-year old owning a crowd of 500,000 alone for an 11 minute spotlight.

This respect for talent and sharing the spotlight was also a key part of Santana’s enormous commercial success over thirty years later. Collaborations with stars like Lauryn Hill, Dave Matthews, Wyclef Jean and Matchbox Twenty’s Rob Thomas helped drive the 1999 Supernatural album to win numerous awards including record of the year.

Supernatural hit #1 on the album charts and the Santana/Rob Thomas hit “Smooth” spent 12 weeks at number one.

The message for marketing leaders here is pretty straightforward: marketing is a team sport. The industry may lionize a handful of loud voices, but real success comes from building a team and sharing the spotlight.

Finally, there is no more distinctive guitar sound than the Santana sound. It’s instantly recognizable and for many fans it provides immense pleasure.

The same of course goes for great brands. Great brands are instantly recognizable, appreciated by their key target audiences and seem different. Marketers should ask themselves: does my brand stand out the way Santana’s guitar sound does?