What Marketers and Agency Execs Can Learn from Marvel

What Marketers and Agency Execs Can Learn from Marvel 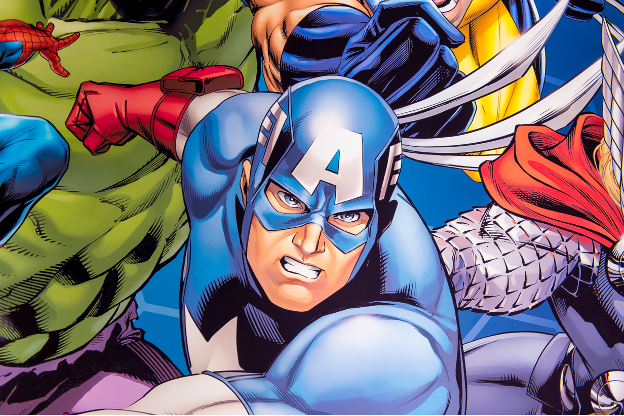 The Marvel Cinematic Universe is enjoying an incredible run of success. An astounding nine of the films are in the top 25 in all-time box office revenue. All nine surpassed $1 billion at the box office. The number one film of all time – Avengers: Endgame – grossed an amazing $2.8 billion.

It wasn’t always this way. The modern age of Marvel Comics kicked off when Marvel’s Fantastic Four #1 launched in 1961 for ten cents. A dime! The Fantastic Four, Spider-Man and many others to follow were groundbreaking: they were complex, flawed characters that showcased their humanity as much as their super-powered gifts.

From this humble beginning, Marvel has seemingly taken over the world of entertainment. From 10 cents per comic to $2.8 billion in revenue for a movie. The amazing success has now spread to Disney+ with shows like WandaVision and Falcon & the Winter Soldier.

What can marketers and agency executives learn from Marvel?

1.    Brands are Essential… and they are Alive

Marvel characters are almost always true to their brand and they grow and change – just like we do. The basics of Captain America’s character are timeless and have been since his comic book introduction in 1941. Despite this consistency, the character has grown and changed in complexity over the years, reflecting greater depth as a character and a better fit with new and changing periods in time. He’s had different loves, different challenges, and an unending stream of villains to oppose – and the same value system. The Captain America values that led Steve Rogers to enthusiastically fight Nazis as an American soldier in World War Two are the same values that later led Captain America to oppose the US government on multiple occasions. His character is at once timeless and current.

How can brands evolve and improve while remaining true to their core essence? Amazon has done this wonderfully; the basic home delivery experience became home delivery in two days, then same-day delivery, and now 2-hour delivery. The essence is the same and the brand has grown.

2.    The Product Must Merit Attention

For Marvel, the product is the story. If the story isn’t good enough, it isn’t produced. Marketers can learn a great deal from this discipline.

In the Marvel world, every detail is critical on the way to a great story. Captain America’s shield isn’t just a shield. It’s made of vibranium, with a rich past that includes mines in Wakanda. It was first created by Tony Stark’s father and recreated by Tony Stark. The mere image of the shield connotes a rich and significant history.

Everyday companies introduce “me too” products and “me too” line extensions that actually diminish, as opposed to add, to a brand’s equity. How many DTC razor blade companies are there today?

The Marvel team also invests heavily in fitting the right story to the right medium. Some stories are best told in a serialized television format, some in major motion pictures, and some in digital comic books. If the story is best told in only one season of WandaVision, then there likely won’t be a second season unless, of course, there is a good enough story to demand a second season.

Many marketers miss this critical idea. The big TV networks historically were horrible in this way: if a new show survived its initial season, it would get a subsequent season regardless of whether there was a good enough story to tell.

What are your standards for product and messaging? Are you telling brand stories that deserve to be told and launching products and experiences that deserve a place in our packed marketplaces?

In Marvel’s world, this means that new MCU movies need to make sense in the context of the past 60+ years of comic books, and new endeavors on Disney+ need to be crafted in a way that extends each brand’s equity. Stories can change and characters can come and go – but the brands need to be consistent. Also, what happens in one corner of the Marvel world must be consistent with what is happening in a different part of their universe.

There is a thread that extends throughout Marvel’s universe that ties everything together. Nowhere is this more pronounced than the Marvel Cinematic Universe’s Infinity War storyline. A story that began with Iron Man in 2008 became twenty-three movies over twelve years. $22 billion in the box office! Each movie – and even the post-credits scenes – built towards Avengers: End Game. Each movie tells its own delightful story and is also part of the entire adventure.

Everything is connected in the Marvel Cinematic Universe experience. The “Tesseract” that first shows up in Captain America: First Avenger is the same Infinity Stone that Loki uses to cause havoc in The Avengers and eventually ends up in Thanos’ Infinity Gauntlet. A truly connected experience covering almost two dozen major films over a decade.

What are you doing to connect the dots for your audiences and customers? Do your products build from and enhance the experience of each other? Do they together yield a brand that is bigger than the individual experiences?

Every Marketer can be a Superhero: Adapting the Marvel Way to Your Business

If you’re reading this, you probably are already a fine marketer or agency executive. You know how to market! Try putting some Marvel thinking to work and you just may be able to elevate your already impressive skills.

How can marketers and agency executives put the Marvel Way to work on their businesses? There are so many ways – here are just a few starter suggestions:

In the Marvel Cinematic Universe, brands grow and evolve. Black Widow can change from a solitary, lonely figure to become a leader. Bruce Banner can reach peace with Hulk, merging the best of both in becoming Professor Hulk. Stephen Strange can change from a self-serving egomaniac to a protector of our entire reality.

As marketers, we have similar challenges: how do we purposely enhance our brands? There are many ways to do this. One of our clients thinks in terms of brand “chapters” – each chapter is a focus area for a defined period that guides brand messaging and tactics along a path that helps build toward the intended long-term brand position.

2. Tell Brand Stories that Are Worth Telling

People like brands. They want to rely on brands. They are open to learning more about brands if the brands talk to them and behave in ways that are genuine and meaningful.

Are your tactics bringing your brand’s story to life in a way that is unmistakable and makes your target audience’s lives easier or better? Challenge yourself. If your campaigns and tactics are falling short of this hurdle, keep at it until they are. Lean into your in-house and external agency relationships for the help only they can deliver.

Your customers don’t want to work hard to figure out your brand, your products, or advertising and they won’t. This is the job of marketers. One key is to make each tactic or activity work even harder by purposely connecting it to other related elements. If your audience is listening, they likely are open to learning more. Help them! Make sure they have an omnichannel experience. Make sure your front-line employees use the same care and attention to messaging and service as your marketing materials.

A good way to start purposely connecting the dots for your audience is by better understanding their customer journey. If your approach centers on how to best serve them as they progress along their journey, they will reward you.

And let us know what you think!